‘The virus is the boss’ when it comes to economic recovery, ex-Obama adviser says 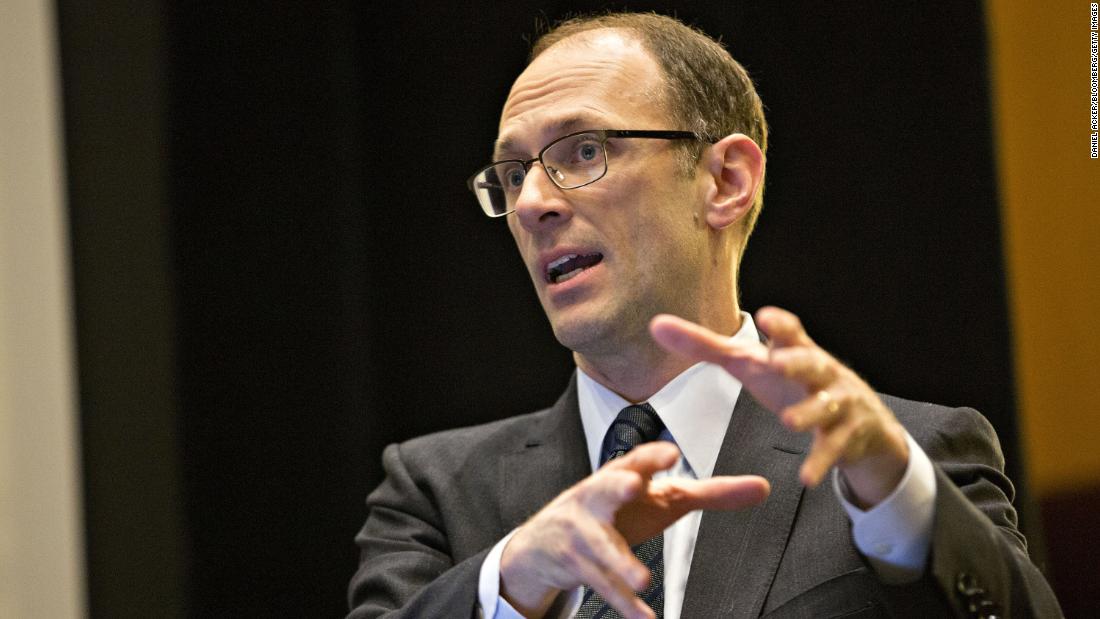 “Whoever is coming in there in January 2021 might be facing worse conditions than in 2009, as hard as that is to believe,” Austan Goolsbee, who helped guide Obama through the Great Recession, told CNN Business.

“That will tank the economy -— just like it tanked it before,” Goolsbee said in the interview.

A worsening economy would cause countless companies and small businesses to collapse, forcing already-hurting banks to suffer massive losses.

“It could cause a financial crisis,” said Goolsbee, currently a professor at the University of Chicago’s Booth School of Business. “We could be back into conditions like the 2008 financial crisis.”

Analysts are confident, so far at least, that America’s banks are up to the challenge.

Lenders quickly set aside tens of billions of dollars to cushion against bad loans. Among the big banks, only Wells Fargo (WFC) saw a quarterly loss during the pandemic.
“Confidence in America’s financial system is terrific,” said former Congressman Barney Frank recently told CNN Business.
Yet Frank, who retired from Congress in 2013 and today sits on the board of directors at Signature Bank (SBNY), didn’t rule out a financial crisis if the economic activity becomes “so depressed that nobody has enough money and failures multiply.”

There are already signs the rebound from the pandemic is losing serious momentum because of surging deaths and infections in the Sun Belt.
As shown by the CNN Business Recovery Dashboard, some real-time economic indicators are suddenly flashing yellow. OpenTable restaurant reservations are dipping. TSA security screenings at airports are dropping. And foot traffic to retail stores are slipping again.

A recovery tracker created by Oxford Economics has shifted into reverse, dropping for the third time in the past five weeks.

“The foundations to this recovery are cracking under the weight of a mismanaged health crisis,” Gregory Daco, chief US economist at Oxford Economics, wrote in a report Thursday.

Even some traditional economic metrics are looking more ominous. For the first time since late March, the number of Americans filing for first-time unemployment benefits increased last week.

Goolsbee’s research shows there is a very strong correlation between fear of the virus and consumer behavior — regardless of whether governments enact lockdown orders.

“The virus is the boss,” he said. “When people think they are going to get infected, they stop going out.”

The outlook for the pandemic has darkened considerably in recent weeks as outbreaks have hit Sun Belt states including California, Texas, Florida and Arizona.
More than 146,000 Americans have died in the United States from coronavirus, according to Johns Hopkins University’s tally. If the trajectory doesn’t change, the death toll could top 300,000 by the end of the year, former Trump FDA chief Scott Gottlieb told CNBC last week.

“This is really playing with fire. They must get the spread of the virus under control. That’s what almost every other country has done,” Goolsbee said, pointing to the success in Germany, South Korea, Japan and New Zealand.

He believes political considerations led the United States to prematurely reopen parts of the economy before it was safe to do so.

“It reflected the personality from the top. You can see throughout the president’s press conferences a deliberate effort to minimize the danger,” Goolsbee said.

President Donald Trump has defended his administration’s handling of the pandemic, pointing to the decision to shut down passenger flights with China, progress on testing and efforts to speed up development of a vaccine. Earlier this week, the federal government reached a $1.95 billion deal with Pfizer (PFE) to supply millions of doses of a potential vaccine.
“Our strategy is to shelter the highest-risk Americans, while allowing younger and healthier citizens to return to work or school while being careful and very vigilant,” Trump said during a press briefing last week. “Wear a mask, socially distance, and repeatedly wash your hands.”

The economic repercussions could be serious if social distancing and masks-wearing are not widely adopted.

“I fear if we continue to politicize this thing, we’re going to split into two economies,” Goolsbee said, describing a bifurcated recovery where states that take the pandemic seriously outperform those that don’t.

Yet Goolsbee still holds hope that the United States can get a handle on the health crisis before it causes more loss of life and damage to the economy.

“We’re not that far from getting control of the virus,” he said. “I’m guardedly optimistic that it doesn’t take much effort to get back on a path where the virus is shrinking, rather than exploding.”