Rescuer abseils 130 feet down airless well to save trapped owl 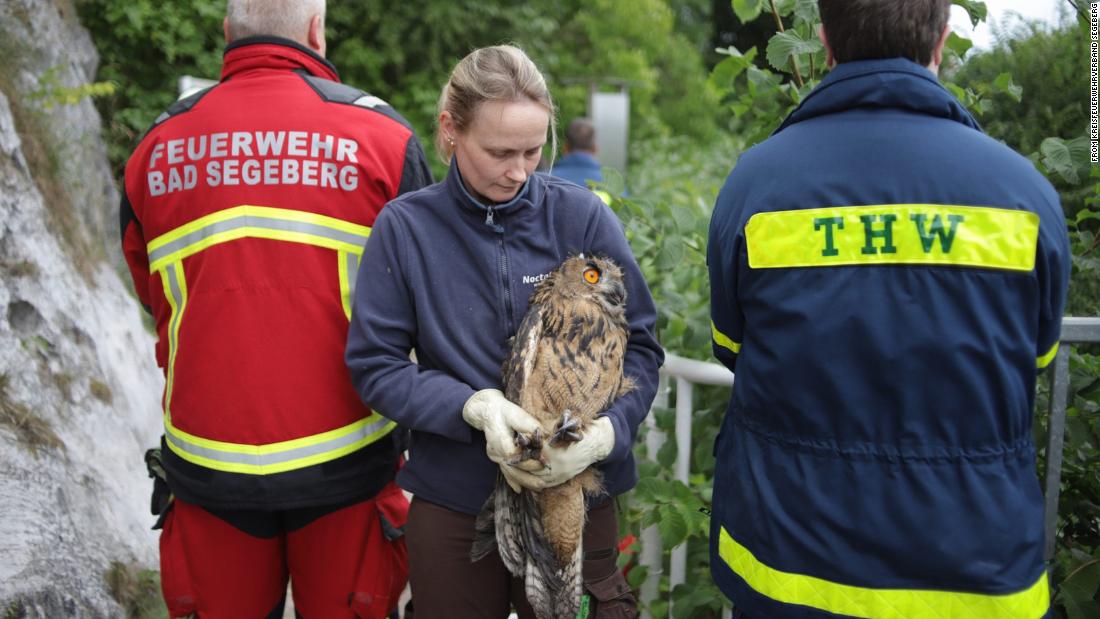 Police in the town of Bad Segeberg were alerted on Saturday afternoon by a local who could hear the bird hooting in distress, according to a statement issued by the fire service Monday.

Rescuers used a spotlight to illuminate the well and could see the bird at the bottom, but they were unable to lure it into a net.

Tests showed that the air quality was poor just a few meters into the shaft, so they lowered an oxygen bottle into the well to help the owl breathe.

Then a rescuer wearing breathing apparatus abseiled down the well, packed the young animal into a bag and sent it back up the rope before following themselves.

The rescue operation took 3.5 hours and the owl has since been given to a local bat sanctuary, where it will be looked after.

“We would like to thank everyone involved for the very good cooperation,” the fire service said in the statement.

The young owl is part of a group that has lived in the area for a long time, it added.

The birds live on the Kalkberg, or “Chalk Mountain,” a 300-foot rock in the center of Bad Segeberg that is topped by the ruined castle.

Eagle owls are probably the largest species of owl in the world, with a wingspan of up to 6.5 feet, according to the US National Aviary. They are common throughout Europe and Asia.

Tags:europeOwl saved after rescuer abseils down 130-foot well to retrieve it - CNN