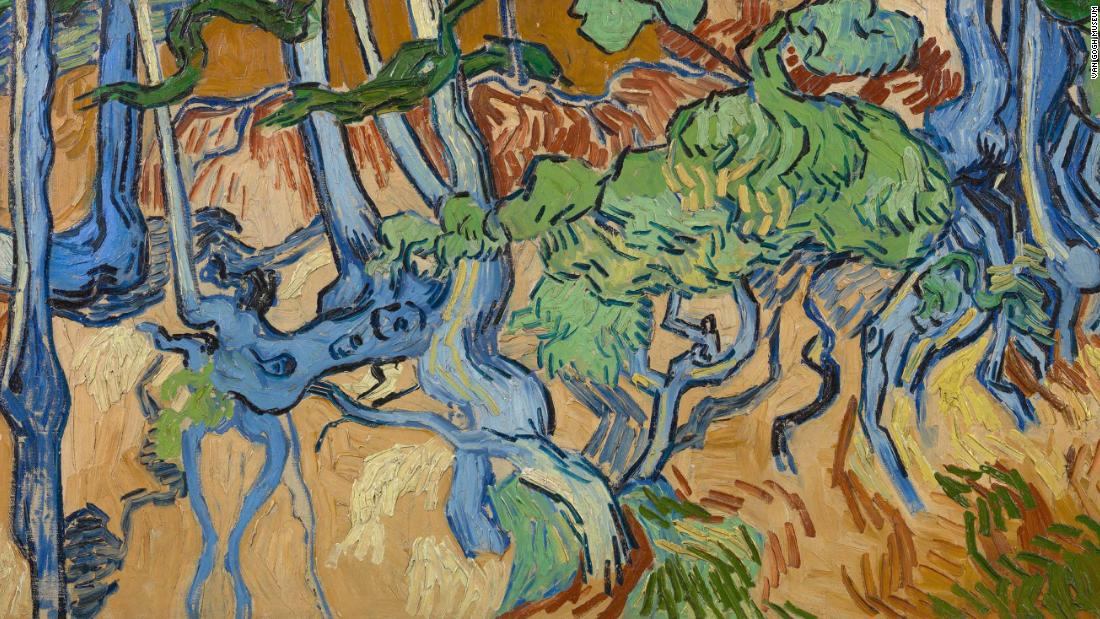 A postcard has led experts to identify the place where Vincent van Gogh likely painted his final masterpiece.

Wouter van der Veen, the scientific director of the Institut van Gogh, found a postcard dating from 1900 to 1910 showing tree trunks and roots growing on a hillside — this, he thought, showed a similar scene to that in Van Gogh’s “Tree Roots.”

The fanciful and bright painting, an oil on canvas which was never fully completed, is thought to be the painter’s last work before he died on July 29, 1890.

Andries Bonger, the brother-in-law of Van Gogh’s brother Theo, noted in a letter: “The morning before his death, he had painted a sous-bois (forest scene), full of sun and life.”

After submitting his theory to two researchers at the Van Gogh Museum and a vegetation specialist, Van der Veen got the good news. Experts concluded it was “highly plausible” the painting’s location — 150 meters from the Auberge Ravoux, the inn in Auvers-sur-Oise where Van Gogh spent the final 70 days of his life — had been discovered.

The postcard was from the 1900s. Credit: arthénon

“Every element of this mysterious painting can be explained by observation of the postcard and the location: the shape of the hillside, the roots, their relation to each other, the composition of the earth and the presence of a steep limestone face,” Van der Veen said in a statement issued by the Van Gogh Museum.

“The site is also consistent with Van Gogh’s habit of painting motifs from his immediate surroundings,” he explained. “The sunlight painted by Van Gogh indicates that the last brush strokes were painted towards the end of the afternoon, which provides more information about the course of this dramatic day ending in his suicide.”

“On closer observation, the overgrowth on the postcard shows very clear similarities to the shape of the roots on Van Gogh’s painting. That this is his last artwork renders it all the more exceptional, and even dramatic,” Meedendorp said in the statement.

He added that the area had already been captured in Van Gogh’s other work. “He must often have passed by the location when going to the fields stretching out behind the castle of Auvers, where he painted several times during the last week of his life and where he would take his own life.”