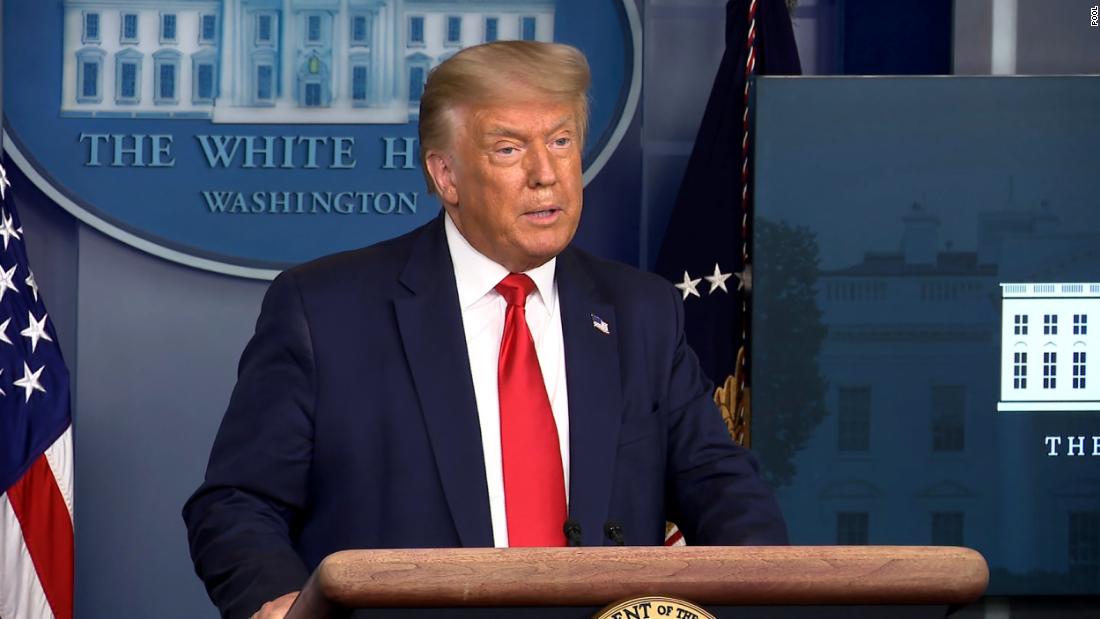 Today, those countries are not only not laughing at the US, they are treating Americans like lepers.

The dark blue US passport used to open pretty much every door around the globe; now those doors are slammed shut. A roll call of some of America’s closest allies that won’t let Americans visit include Canada, France, Germany and Italy.
And for good reason: This past week, 18 American states set records for their numbers of confirmed coronavirus cases. There are now more than four million confirmed cases in the US; a quarter of the total number of known cases in the world, yet Americans make up just over 4% of the global population.

This isn’t the “first wave” of the coronavirus; it’s the first tsunami.

And how the US got here has much to do with a catastrophic failure of national leadership.

The federal government abdicated its role by not issuing a national shutdown order and a mandate to wear masks. After the expiration of the voluntary 45-day federal advisory to “slow the spread,” the Centers for Disease Control and Prevention guidance on how to reopen carefully in phases was ignored in many states.

By prioritizing “reopening” over public health, the nation has chosen to accept that many hundreds of thousands of Americans will die of Covid-19. The CDC estimates that nearly half of Americans have underlying conditions that put them at risk of contracting a severe case of the disease. Many millions more are then likely to have a severe case that may not end in death, but will nonetheless result in prolonged illness.
The agency said more than a third of those surveyed had not returned to their normal good health two to three weeks after being diagnosed with the disease.
There are few tools that we know that work to stop the spread of the virus; they are social distancing and wearing a mask in public.

Trump, of course, has for months denigrated mask-wearing and has almost invariably refused to wear a mask himself. In doing so, he has turned masks into political footballs rather than symbols of sound public health policy.

Trump pressed states to “open” early before many of them had met CDC thresholds for doing so. In many states, social distancing went out the window.
In defiance of CDC guidelines on large gatherings, Trump held a large indoor rally in Tulsa, Oklahoma, last month which “likely” contributed to a spike of cases there, according to local health officials.
One of the attendees at the Tulsa rally was Republican Governor Kevin Stitt, who subsequently became the first US governor to test positive for the virus.
Trump is pressing now for schools around the United States to fully reopen and is threatening to withhold federal funds to school systems that don’t comply.
Meanwhile, the private school in Maryland attended by Trump’s son Barron is contemplating either going fully online or some sort of “hybrid” of in-person and online teaching.
Trump has consistently placed faith in the wisdom of his own gut over science, claiming that hydroxychloroquine was a “game changer” when in fact it can increase the chance that Covid-19 patients might die of heart failure. As recently as Tuesday, Trump continued to tout the drug at the White House. He has also suggested without evidence that warm weather would chase away the virus.
Instead of taking a summer vacation, the virus has barreled through Arizona, Florida and Texas, all sweltering in the heat of summer and all of which have set records for their numbers of coronavirus cases.
Trump has trumpeted the number of coronavirus tests done in the US and has claimed falsely and repeatedly that the rising numbers of cases results from the rising number of tests, rather than the result of widely spreading infections.
One could go on about the marginalization of the CDC and the White House attempts to besmirch scientists like Dr. Anthony Fauci and the litany of other failures of the most incompetent administration in memory, but it’s all too depressing.
Finally, for Trump the buck never stops at his desk. Trump has tried labelling the virus “the China virus” the “Wuhan virus’ and even the “kung flu.”
But these diversionary efforts are increasingly falling flat. A poll released two days ago by the Associated Press-NORC found that Trump’s approval rating on his handling of the virus has fallen to an all-time low of 32%.