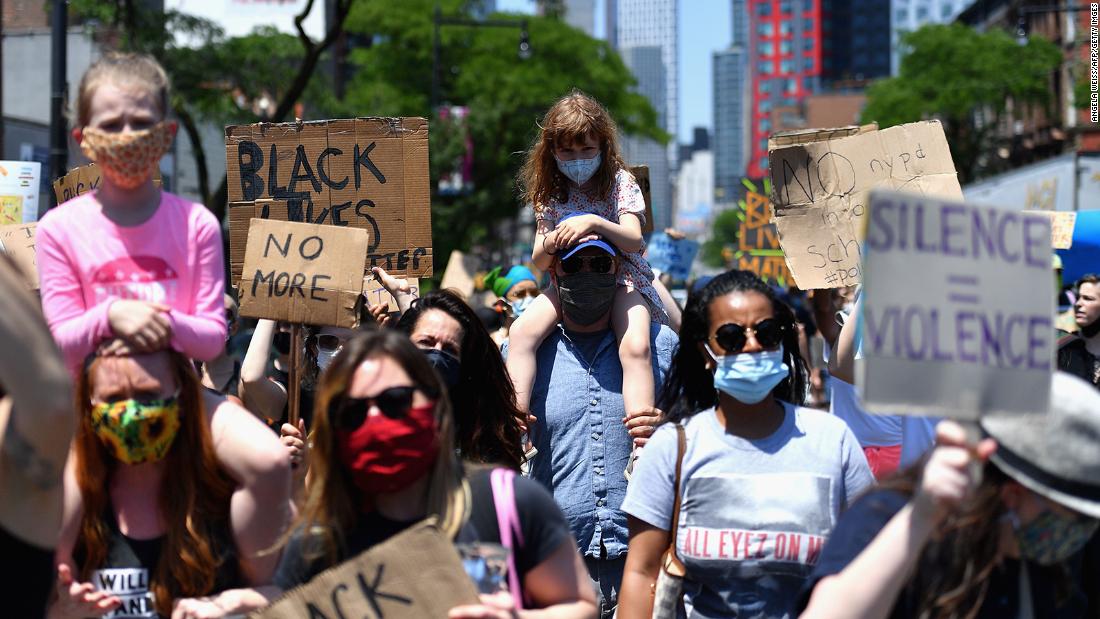 More Americans (53%) also are more likely to say the protests “will help” public support for racial justice and equality rather than “hurt” (which 34% said).

That support is at odds with the Trump administration and Attorney General Bill Barr, who have taken an increasingly hard line against the protests.

“In the wake of George Floyd’s death violent rioters and anarchists have hijacked legitimate protests to wreak senseless havoc and destruction on innocent victims,” Barr said.

While there have been scattered instances and graphic images of clashes between protesters and police, the protests have been largely peaceful. Gallup shows just how deep that support for the protests goes. One in 10 Americans polled said they had participated in a protest in the last 30 days, and among young people, that number climbed to 1 in 4.

There’s another sign of a partisan divide, too. Republicans were least likely to report participating in a protest — just 1% did so, according to the poll, and 14% reported feeling connected to the protests’ cause.

The Point: Most Americans support the protests for racial justice, despite how the Trump administration frames it.