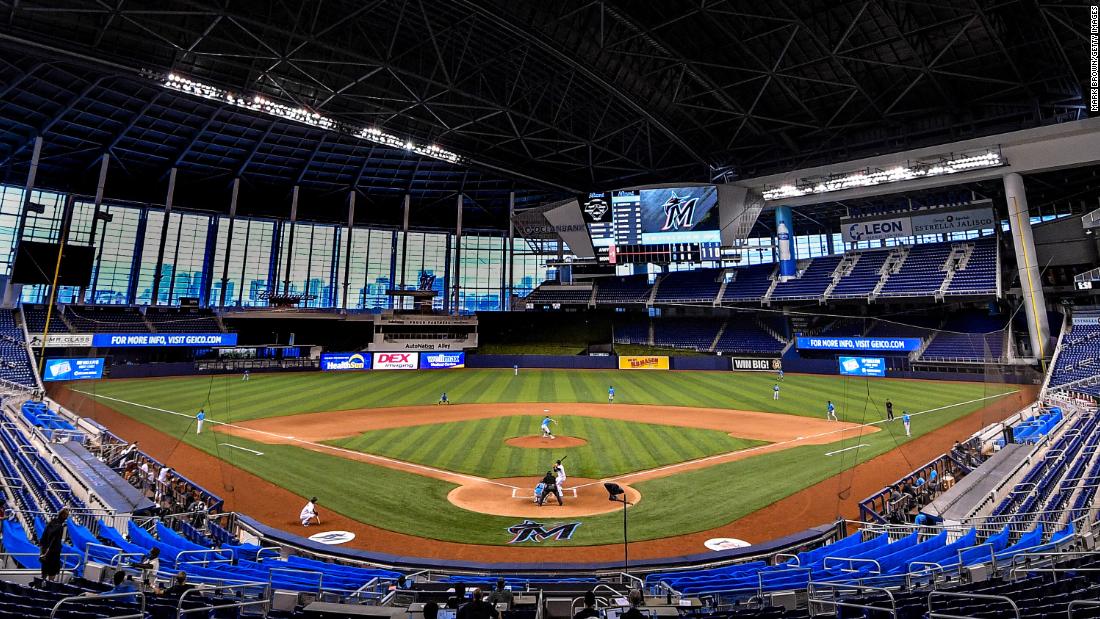 According to ESPN’s Jeff Passan, eight players and two coaches have tested positive for the coronavirus, bring the total cases on the team to at least 14. This is the first game to be canceled this season.

The positive tests come just days after MLB began its abbreviated 60-game season, which had been delayed from its usual April opening because of the pandemic, and already threaten to upend the young season.

The Marlins played two exhibition games against the Atlanta Braves last week and played three games against the Philadelphia Phillies from Friday to Sunday. The Marlins did not travel back to Miami after the three-game series ended Sunday as they remained overnight for more testing.

The Phillies are set to host the New York Yankees on Monday in the same locker room as where the Marlins played. After their games against Miami last week, the Braves played three games against the New York Mets over the weekend in New York. They are set to play the Tampa Bay Rays on Monday night, and the Mets travel to Boston to play the Red Sox.

To try to limit outbreaks, MLB is holding games without fans and has banned high-fives, fist-bumps and spitting among players.

Still, the outbreak among players and staff underscores the difficulty — if not impossibility — of bringing large groups of people into close proximity for long periods of time when the coronavirus is so widespread in the American community.

In recent weeks, Miami has been one of the epicenters of the coronavirus, pushing hospitals to capacity. Miami-Dade County recently surpassed 100,000 confirmed coronavirus cases.
Sports have resumed in other parts of the world where coronavirus has been more successfully contained, including Europe and Asia. But the United States is by far the world leader in coronavirus cases and has not yet restarted any team sports without seeing new cases.

previousNASA will send a balloon the size of a football field to study how stars form
nextOn top of everything else, coronavirus is now ruining summer vacation plans