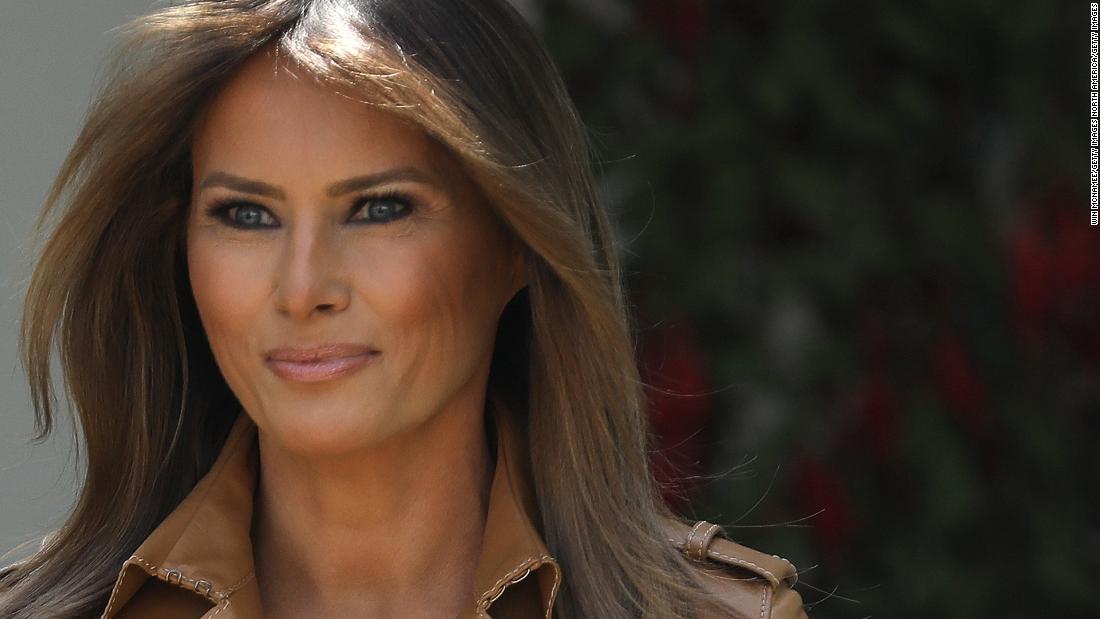 I saw your announcement about renovating the White House Rose Garden. Great idea! This is a fine opportunity to give America’s most famous garden a long-overdue facelift.
The Rose Garden is an American treasure and a symbol of our country’s can-do attitude. President Ulysses Grant once tried to grow vegetables there. John F. Kennedy celebrated the safe return of astronauts in the garden. Tricia Nixon got married there. And your husband famously celebrated his response to the Covid crisis there: “If we didn’t do testing, instead of testing over 40 million people, if we did half the testing we would have half the cases.”

You say you want to return the 9,000-square-foot garden to the way it looked circa 1962, when Jacqueline Kennedy had your job. As you know, that iconic design was the work of the legendary Bunny Mellon, a socialite who was not a professional garden designer but did have really good taste.

As a gardener myself, I would like to offer some suggestions:

I too admire the Kennedys. However, the world has changed a lot in the past 58 years. And so have our gardens! These days we know a lot more about things like sustainability, climate change and the importance of pollinators like bees and butterflies. I’m sure you would agree that one of the nation’s most important gardens ought to reflect the breathtaking, gorgeous diversity of the shrubs and flowers that have always made America great.

I am excited about your plans. Let’s consider them point-by-point:

1. You want to replace crabapple trees with white rose shrubs.

Love this idea! In fact, my own back garden is ringed with white roses. Given your husband’s sour opinion of the press corps that gathers in the garden, shouldn’t you be thinking of adding more crabapples? Or maybe barrel cactus, whose sharp needles pierce the skin?

Suggestion: Choose one of a generation of roses bred to be extremely disease-resistant (you won’t need to spray them with anything harmful to beneficial insects). Rosa “Polar Express” is a modern shrub rose with masses of creamy white flowers and a lovely, old-fashioned fragrance.

When Bunny Mellon’s crew dug up the lawn in 1962, a worker’s shovel cut a cord that connected to the nation’s nuclear response system, according to Meryl Gordon’s 2017 biography, “Bunny Mellon: The Life of an American Style Legend.” Launching World War III was not an option until repairs were made.

Though your husband’s relationship with Russia has never been better, we need to really think this one through. Dig very, very carefully, and keep Vladimir Putin in the loop.

Suggestion: Make sure the magnolia trees are uplighted properly. As Bunny Mellon noted, even in winter their bare, sculptural silhouettes “retain the light of summer.”

3. You want to improve drainage.

This is a problem that every great gardener faces. Sadly, too few are willing to spend the time and effort to deal with it. In fact, I hear that it’s a bit of a swamp over there at the White House right now. Drain it! It’s been almost four years. What have you been waiting for?

Suggestion: While you are at it, install a graywater system to allow you to irrigate with recycled water.

4. You want to add two limestone walkways, including an 85-foot-long path in a diamond pattern.

S I G H. A diamond pattern? Have we learned nothing since that earlier White House Christmas tree debacle?
Yes, I’m relieved that you’ve rejected the idea of duplicating the Trump family crest in hardscaping. But still. A simple, running-bond pattern will be cheaper (better optics for you during this period of record unemployment) and pose less of a tripping hazard. Install a handrail to make it easier for your husband to navigate the grade.

With these 21st-century tweaks, the Rose Garden can honor the past while preparing for the future. The next inhabitants of the White House will thank you.

previousX-15: The fastest manned rocket plane ever
next‘My uncle was shot in the back and slaughtered like a goat.’ Survivors of southern Kaduna killings speak out