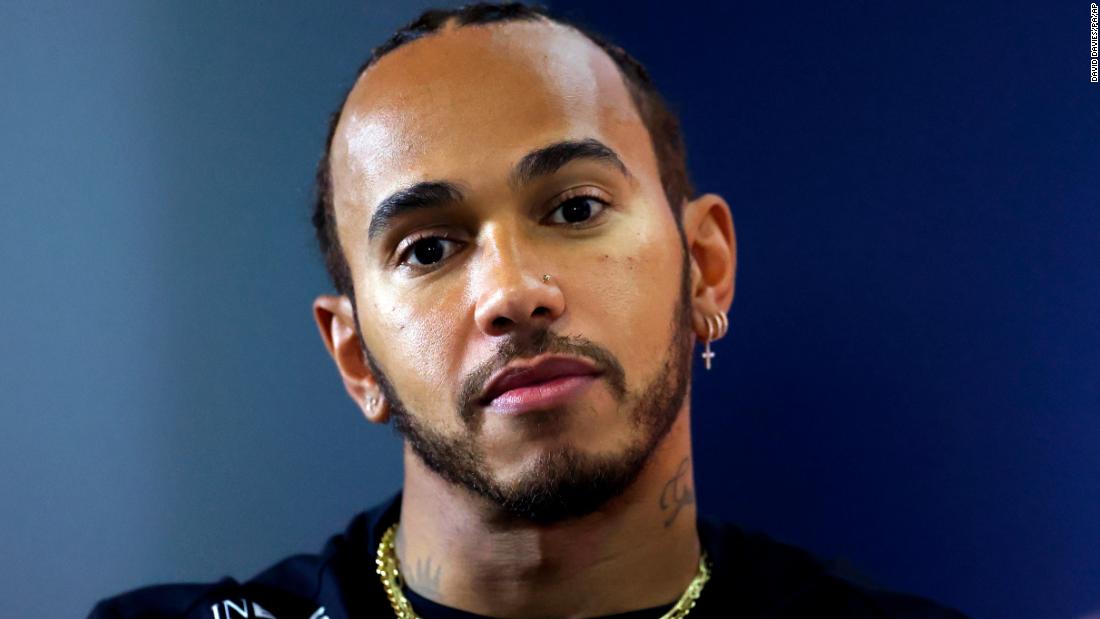 The 35-year-old Mercedes driver faced fierce criticism on Monday after uploading the video, which accuses Microsoft founder Bill Gates of lying about coronavirus vaccine trials, to his Instagram story.

In Hamilton’s since-deleted post — originally posted by content creator King Bach — Gates is interviewed on CBSN about progress on a vaccine to combat Covid-19.

During the conversation, the computer magnate-turned-philanthropist dismissed claims about side effects that have been reported during clinical trials and rubbished suggestions that he wants to embed tracking chips in the vaccines.

King Bach — whose real name is Andrew Bachelor — wrote in his accompanying caption: “I remember when I told my first lie.”

CNN has reached out to King Bach for comment.

Addressing the backlash, Hamilton said his post had been “misinterpreted,” adding that he was not against vaccines.

“I’ve noticed some comments on my earlier post around the coronavirus vaccine, and want to clarify my thoughts on it, as I understand why they might have been misinterpreted,” he told his 18.3 million followers.

Hamilton said he hadn’t noticed the caption attached to the post and added that he had “a lot of respect for the charity work Bill Gates does.”

“I’m not against a vaccine and no doubt it will be important in the fight against coronavirus, and I’m hopeful for its development to help save lives,” he wrote.

“However after watching the video, I felt it showed that there is still a lot of uncertainty about the side effects most importantly and how it is going to be funded.”

He signed off the statement by saying “I may not always get my posting right” but “I’m learning.”

CNN has reached out to Hamilton’s representatives for further comment.

“You’re surrounded by incredibly smart people daily. You cannot honestly hold an opinion so dumb and unfounded in science. Explain yourself.”

The uproar comes after British Prime Minister Boris Johnson branded opponents of vaccines as “nuts” and urged everyone to get the flu jab to “protect the NHS.”

“There’s all these anti-vaxxers now. They are nuts, they are nuts,” he told nurses at a doctor’s surgery in London last week.

In the UK, just 33 of 149 local authorities met their 95% vaccination target for diseases preventable by immunization in 2018-2019, according to National Health Service figures.

Last year the United States experienced its greatest number of measles cases since 1992, mostly among people who were not vaccinated. In 2019 the UK lost its measles-free status, a designation conferred by the World Health Organization.

However in a number of countries, including the UK and France, concerns expressed by some people in recent years about vaccines in general have softened, according to polling carried out for the Vaccine Confidence Project, a research group at the London School of Hygiene and Tropical Medicine.

VCP Director Heidi Larson said the figures showed that, as the number of deaths from the coronavirus increased, and public awareness of its seriousness grew, people were more willing to accept a vaccine.

previousThe economy could fall off a fiscal cliff
nextCoronavirus outbreak show signs of slowing in Arizona, Texas and Florida