Latin America is battling one disaster as a mammoth recession looms 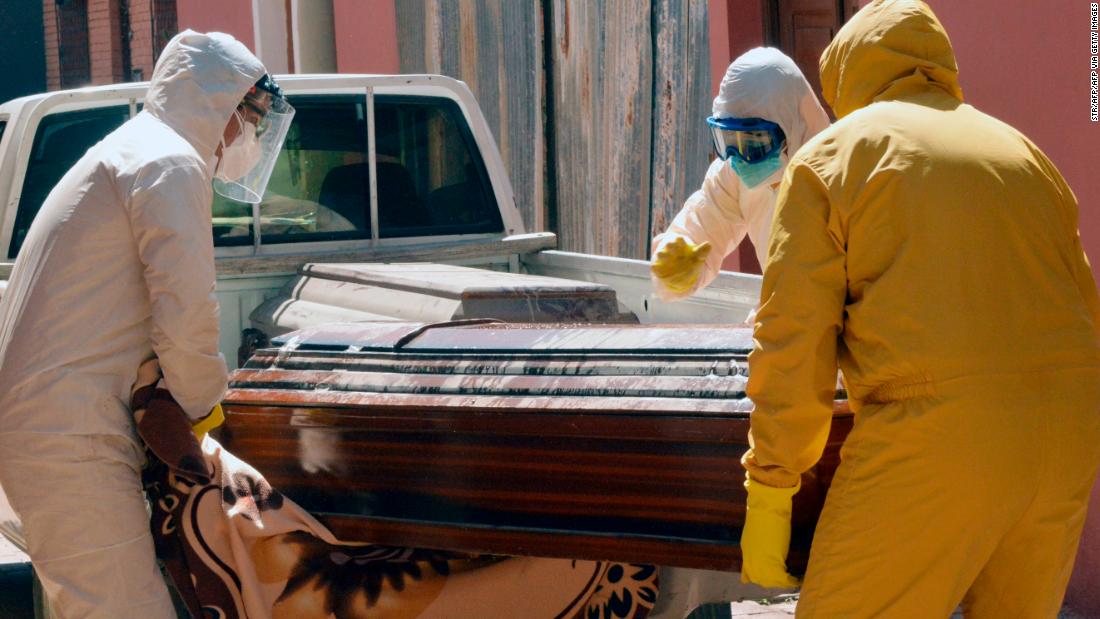 Now, the pandemic is turning anemic growth into a canyon of recession — and throwing millions back into poverty.

“Latin America came into 2020 like a plane flying with one damaged engine,” according to Eric Parrado, Principal Economist at the Research Department of the Inter-American Development Bank (IDB).

“Then the other one was damaged. Now we are looking for somewhere to land to save the plane and its passengers,” he told CNN.

Few Latin American countries have ‘safety nets’ to help at times of crisis, such as unemployment insurance.

So governments are facing an unpalatable choice between strict, life-saving lockdowns and short-term economic pain on the one hand — and trying to keep their economies open but risking greater coronavirus spread on the other.

Peru, which locked down fast and early, went for the first option; Brazil for the second. Last week, President Jair Bolsonaro of Brazil repeated his view bluntly: “Without salaries and jobs, people die. Lockdown kills.”

Mexican President Andres Manuel Lopez Obrador said in May: “My prediction is that with coronavirus, a million jobs will be lost.”

Keeping economies shut certainly shreds employment and incomes. The UN’s Economic Commission for Latin America and the Caribbean expects nearly 30 million more people to fall into poverty — defined as an income of less than $5.50 a day — this year. The World Bank says it could be as many as 50 million.

Millions of them will struggle to avoid hunger, as crops can’t be harvested or cost more to import because a currency depreciates. Poverty also has long-term effect on the youngest. Less and inferior nutrition stunts growth; the poorest children are least likely to complete their schooling and have no chance of online education.

Capital: Money is flowing out of the region fast, as investors pull their money from equities and bonds. At the same time remittances from family members abroad — critical to the poorest in Mexico, the Caribbean and central America — are forecast to decline fast. The IDB estimates they may fall by up to 30% this year alone. In a country like Haiti, where remittances are worth one-third of GDP, that’s catastrophic.

Trade: Parrado says the region’s imports and exports are declining “very rapidly.” Latin America is especially vulnerable because it relies heavily on exporting commodities from soybeans to copper and oil. As global demand declines, so do export revenues.

Take Peru. In the first quarter of 2020 its exports, which include gold, oil and fishmeal, fell nearly 15% in value, as prices and volumes both declined.

Mobility: Lockdowns and travel restrictions have hurt tourism, a vital earner in the Caribbean and Mexico. But more importantly they’ve devastated the informal or “gray” economy, on which more than half of workers depend.
Lockdown is a luxury they can’t afford; their work — as housekeepers, taxi drivers or street vendors — demands they go out. That makes them more vulnerable to infection. But as the economic crisis tips more people out of regular jobs and into the informal sector, as the evidence now suggests, there’s more competition for less work. It’s a vicious circle.
A study in Argentina — one of the more sophisticated economies — found that only a quarter of those employed could work remotely, while those with lower levels of education, skills and wages typically could not. And so they join the ranks of the unemployed.

Debt could haunt Latin America even after the pandemic

Absent a widely available vaccine in the near future, much of the region faces a vicious spiral of weakening currencies and growing debt, which is often denominated in dollars.

Several countries, including Guatemala, El Salvador and Honduras, are already spending more on servicing their debt than on health care, according to the UN.

Argentina and Ecuador are already in default on their foreign debt. Research group Capital Economics says the debt of Brazil, Colombia and Mexico — three of the most powerful regional economies — is rising fast relative to GDP. Some analysts expect Brazil’s debt to GDP ratio to rise from 75% to 100% this year, as its economy shrinks by about 9%. In its favor, Brazil has relatively low foreign-currency debt.

Governments across the region have adopted a range of measures to support the most vulnerable and try to keep businesses afloat.

Peru provided an initial cash transfer of about $100 to 9 million of the most vulnerable people, followed by more instalments, but there were problems getting the money to people without bank accounts. Brazil extended the reach of its Bolsa Familia program of income support, and Colombia bolstered its Familias en Accion program.

Last week the Chilean government allowed people to access up to 10% of their pension early to offset hardship. Across the region central banks have reduced interest rates, often to almost zero. Brazil is providing some $55 billion in credit lines to businesses.

International lenders such as the World Bank and IDB are also helping. Just this week the IDB provided a $130 million loan that will help 12,000 small businesses in Bolivia survive. The IMF has provided about $5.5 billion in financing to the region, with flexible credit lines provided to Chile, Peru and Colombia.

But budgets are already stretched; the ability to throw cash at the problem, with furlough payments, tax holidays and investment in health care, is beyond most countries as their public finances deteriorate.

Austerity — and unrest — ahead

“By end-2022, we still think that the [Brazilian] economy will be 7% smaller than it would’ve been had the virus not happened,” says Capital Economics.

And austerity may also spur more of the sort of protests that seized much of the region in 2019. From Colombia to Haiti and Bolivia to Chile, popular fury spilled onto the streets — the visceral expression of distrust in government, which polled at about 65% across the region.

In 2021, public expectations about the quality of government services will again be on a collision course with reality — and with coffers emptied by the pandemic, there may be little that governments can do about it.

To many economists, Latin America needs to “rebuild better” after the coronavirus, and “get serious about fostering innovation and entrepreneurship and competition to address low productivity,” in the words of the World Bank’s new vice-president for the region, Carlos Felipe Jaramillo.

But that all demands investment. Before it can dream of a better future, Latin America has to survive the present.

Tags:americasLatin America is battling one disaster as a mammoth recession looms - CNN

previousAcross the globe, online survivor groups are a source of hope and support for those diagnosed with Covid-19
next‘I am not your moodboard’: Graduate fashion designer accuses Balenciaga of appropriation