‘I was too fat,’ Boris Johnson says in UK launch to tackle obesity 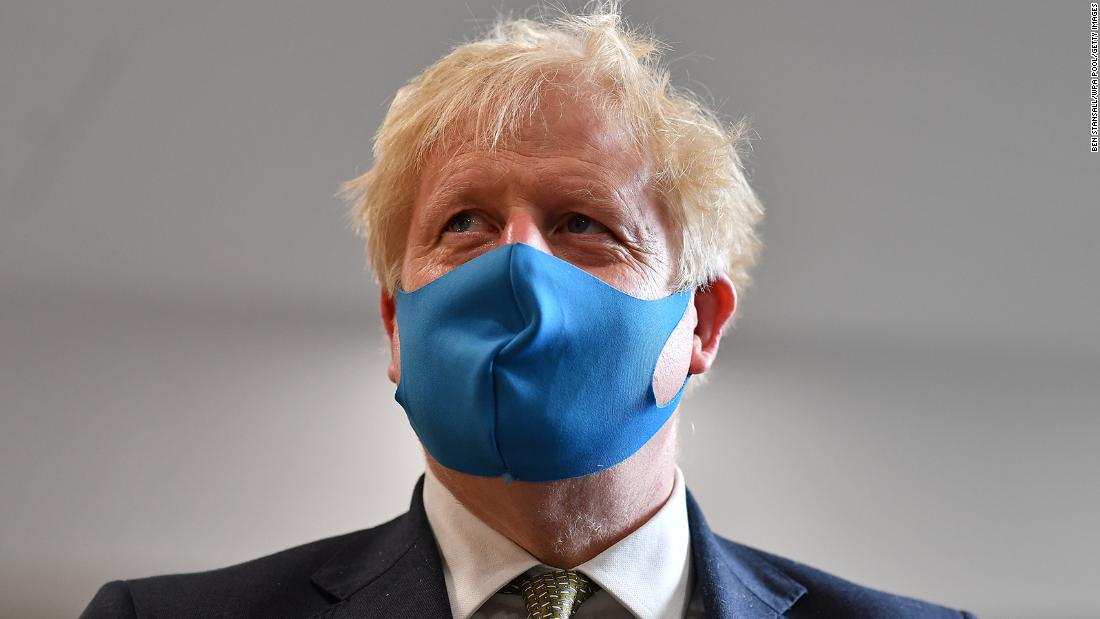 “I’ve always wanted to lose weight for ages and ages,” he said in the clip posted Monday. “I think many people, I struggle with my weight.”

Johnson says in the video that since recovering from the virus, he starts each day by going for a run with his dog, Dilyn, and talks effusively about the personal benefits of losing weight as well as the societal benefits of protecting the UK’s National Health Service (NHS).
The video has been released alongside the launch of the UK government’s strategy to lower obesity rates in the country. According to government figures, 63% of adults are above what would be considered a healthy weight, with around half of those people being obese.

Equally alarming is the fact that one in five children aged 10-11 are living with obesity, with children living in deprived areas twice as likely to be obese.

The government policy paper, released Monday, makes a point of linking the risk of being overweight during the current pandemic. “In the last few months we have seen that being overweight or living with obesity puts you at risk of dying from Covid-19,” singling out the impact that “excess fat tissue has on vital organs like the heart, lungs and liver.”

The government hopes this campaign will encourage those currently overweight to lose 2.5kg, claiming it “could save the NHS £105 million [$135m] over the next 5 years.” The campaign comprises wide-ranging measures, from making restaurants put calorie numbers on menus to banning the advertising and promotion of unhealthy food on television and in shops.

Johnson claims that these measures will help people across the country lose weight, “not in an excessively bossy or nannying way, I hope.” However, Johnson himself has in the past opposed attempts by previous governments to take similar action.

In 2007, Johnson wrote in a newspaper column that the incumbent Labour government’s proposal to put calories on bottles of wine was “loony” and that the “nannying and bullying” plan could lead to a legal challenge. In 2004, when the same Labour government was planning a smoking ban, Johnson wrote: “It’s the dogooders I can’t stand, and this Labour Government is riddled with people who long to stop other people doing things of which they disapprove.”

Tags:Boris Johnson says 'I was too fat' in UK launch to tackle obesity - CNNuk

previousThis country regrew its lost forest. Can the world learn from it?
nextHurricane Douglas gains strength, but skirts the state of Hawaii