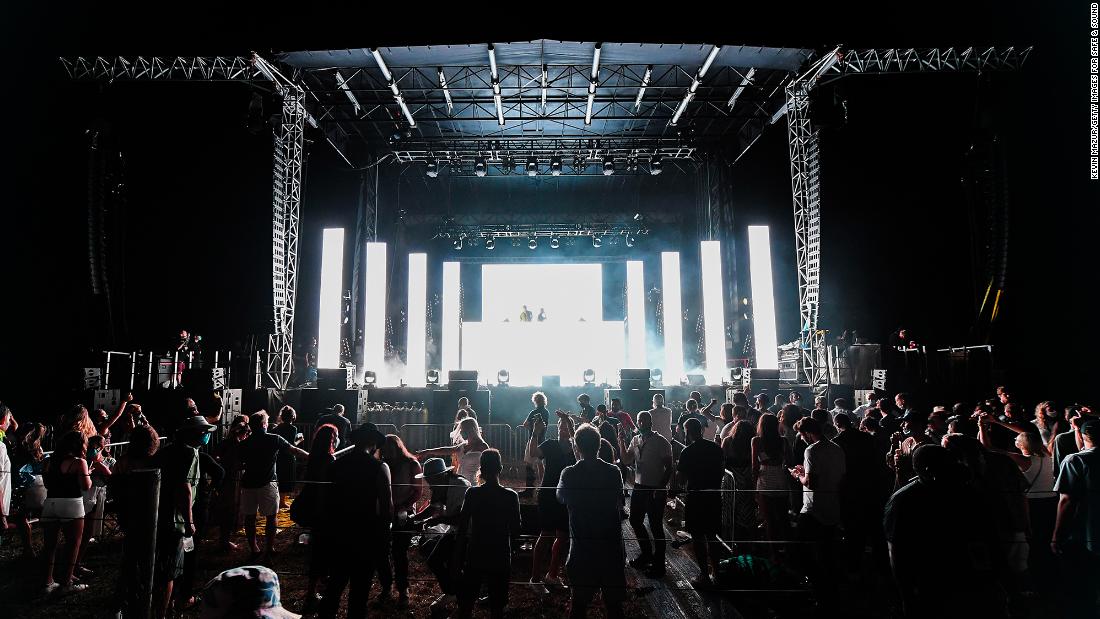 Solomon, who in addition to running one of the largest and most powerful investment banks in the world, is also a part-time electronic dance DJ who goes by the name D-sol while spinning records at clubs in New York and Miami.
Last Saturday, he performed early and left before the show ended, Goldman Sachs (GS) said.

“The vast majority of the audience appeared to follow the rules, but he’s troubled that some violated them and put themselves and others at risk,” a Goldman Sachs spokesperson said in a statement.

The Wall Street bank added that organizers for the benefit concert “worked closely with the local government and put strict health protocols in place.”

New York State, one of the hardest hit parts of the United States during the pandemic, has prohibited non-essential gatherings of more than 50 people.

Organizers for the Safe & Sound event promised a “safe & controlled environment setting the bar for all events to come,” according to a website promoting the concert. That included encouraging guests to wear masks when going to restrooms and a requirement for guests to arrive together and follow social distancing guidelines. It’s not clear how these protocols were enforced, if at all.
Ticket prices started at $225 and went up to $2,500 per person for the “Rockstar package” that included a private RV for 10 guests. The Chainsmokers, who played after Solomon finished his gig, are a Grammy award-winning DJ duo.

Cuomo said he was “appalled” by videos that showed packed crowds at the concert. New York State Health Commissioner Dr. Howard Zucker sent Southampton’s supervisor a letter Monday saying he was “greatly disturbed” by reports of “thousands of people in close proximity, out of their vehicles,” along with “a VIP area where there was no pretense of a vehicle.” He also added that concert attendees were “generally not adhering to social distancing guidance.”

The concert raised money for a several charities, including No Kid Hungry, according to organizers.

The concert took place just one day after Goldman Sachs agreed to a $3.9 billion deal with the Malaysian government to settle claims into the bank’s role in a huge corruption scandal known as 1MDB. The Wall Street bank arranged and underwrote deals for 1MDB, a sovereign wealth fund that had $4.5 billion stolen from it, according to the Justice Department.
Former Malaysian Prime Minister Najib Razak was sentenced to 12 years in jail on Tuesday and fined $49 million on charges related to the scandal.
Solomon replaced Lloyd Blankfein as CEO of Goldman Sachs in 2018.
“[I] kind of stumbled into it as a hobby, and now I just do it for fun,” Solomon said in a podcast in 2017.

Tags:businessGoldman Sachs' CEO DJ'd at Chainsmokers concert in the Hamptons under investigation - CNN