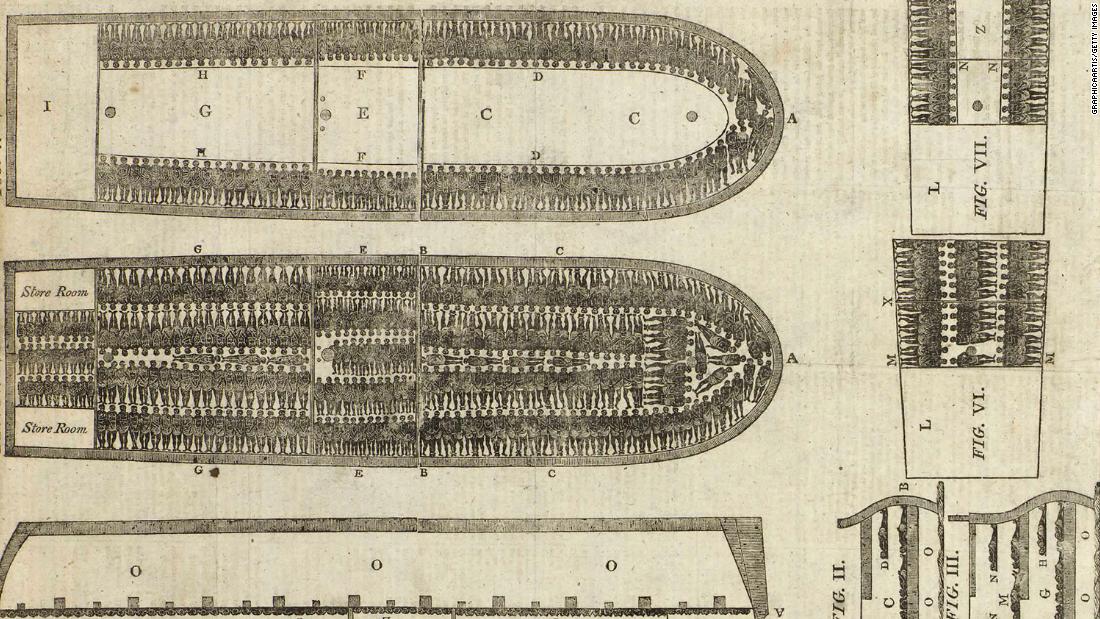 It’s one of the largest studies of its kind, thanks in part to the massive database of 23andMe customers that researchers were able to recruit consenting participants from.

The authors compiled genetic data from more than 50,000 people from the Americas, Western Europe and Atlantic Africa, and compared it against the historical records of where enslaved people were taken from and where they were enslaved. Together, the data and records tell a story about the complicated roots of the African diaspora in the Americas.

For the most part, the DNA was consistent with what the documents show. But, the study authors said, there were some notable differences.

Here’s some of what they found, and what it reveals about the history of slavery.

It shows the legacy of rape against enslaved women

The enslaved workers who were taken from Africa and brought to the Americas were disproportionately male. Yet, genetic data shows that enslaved women contributed to gene pools at a higher rate.

In the US and parts of the Caribbean colonized by the British, African women contributed to the gene pool about 1.5 to 2 times more than African men. In Latin America, that rate was even higher. Enslaved women contributed to the gene pool in Central America, the Latin Caribbean and parts of South America about 13 to 17 times more.

To the extent that people of African descent in the Americas had European ancestry, they were more likely to have White fathers in their lineage than White mothers in all regions except the Latin Caribbean and Central America.

What that suggests: The biases in the gene pool toward enslaved African women and European men signals generations of rape and sexual exploitation against enslaved women at the hands of White owners, authors Steven Micheletti and Joanna Mountain wrote in an email to CNN.

That enslaved Black women were often raped by their masters “is not a surprise” to any Black person living in the US, says Ravi Perry, a political science professor at Howard University. Numerous historical accounts confirm this reality, as the study’s authors note.

But the regional differences between the US and Latin America are what’s striking.

The US and other former British colonies generally forced enslaved people to have children in order to maintain workforces — which could explain why the children of an enslaved woman were more likely to have an enslaved father. Segregation in the US could also be a factor, the authors theorized.

By contrast, the researchers point to the presence of racial whitening policies in several Latin American countries, which brought in European immigrants with the aim of diluting the African race. Such policies, as well as higher mortality rates of enslaved men, could explain the disproportionate contributions to the gene pool by enslaved women, the authors wrote.

It sheds light on the intra-American slave trade

Far more people in the US and Latin America have Nigerian ancestry than expected, given what historical records show about the enslaved people that embarked from ports along present-day Nigeria into the Americas, according to the study.

What that suggests: This is most likely a reflection of the intercolonial slave trade that occurred largely from the British Caribbean to other parts of the Americas between 1619 and 1807, Micheletti and Mountain wrote.

Once enslaved Africans arrived in the Americas, many were put on new ships and transported to other regions.

“Documented intra-American voyages indicate that the vast majority of enslaved people were transported from the British Caribbean to other parts of the Americas, presumably to maintain the slave economy as transatlantic slave trading was increasingly prohibited,” the authors wrote in the study.

When enslaved people from Nigeria who came into the British Caribbean were traded into other areas, their ancestry spread to regions that didn’t directly trade with that part of Africa.

Conversely, ancestry from the region of Senegal and the Gambia is underrepresented given the proportion of enslaved people who embarked from there, Micheletti and Mountain said.

The reasons for that are grim.

What that suggests: One possible explanation the authors gave for the low prevalence of Senegambian ancestry is that over time, more and more children from the region were forced onto ships to make the journey to the Americas.

The unsanitary conditions in the holds of the ship led to malnourishment and illness, the authors wrote, meaning that less of them survived.

Another possibility is the dangerous conditions that enslaved people from the region faced once they arrived. A significant proportion of Senegambians were taken to rice plantations in the US, which were often rampant with malaria, Micheletti and Mountain said.

The study has limitations

The 23andMe study is significant in how it juxtaposes genetic data with historical records, as well as in the size of its dataset, experts who weren’t involved in the study told CNN.

“I’m not aware of anyone that has done such a comprehensive job of putting these things together, by a long shot,” said Simon Gravel, a human genetics professor at McGill University. “It’s really big progress.”

Still, he said, the research has its limitations.

In order to conduct their analysis, the scientists had to make “a lot of simplifications,” Gravel said. The researchers broke down African ancestry into four corresponding regions on the continent’s Atlantic Coast: Nigerian, Senegambian, Coastal West African and Congolese.

“That doesn’t tell you the whole story,” Gravel added, though he said more data is needed in the broader field of genomics for the researchers to drill down deeper.

Jada Benn Torres, a genetic anthropologist at Vanderbilt University, also said she would have liked to see a higher proportion of people from Africa included in the study. Out of the more than 50,000 participants, about 2,000 were from Africa.

“From the perspective of human evolutionary genetics, Africa is the most genetic diverse continent,” she wrote in an email to CNN. “In order to adequate capture existing variation, the sample sizes must be large.”

But both Gravel and Benn Torres called the study an exciting start that offers more information about the descendents of enslaved Africans.

And that, the researchers, said was what they set out to do.

“We hope this paper helps people in the Americas of African descent further understand where their ancestors came from and what they overcame,” Micheletti wrote.

“… To me, this is the point, to make a personal connection with the millions of people whose ancestors were forced from Africa into the Americas and to not forget what their ancestors had to endure.”

previous‘The virus is the boss’ when it comes to economic recovery, ex-Obama adviser says
nextOpinion: Covid-19 will permanently change the world’s economy