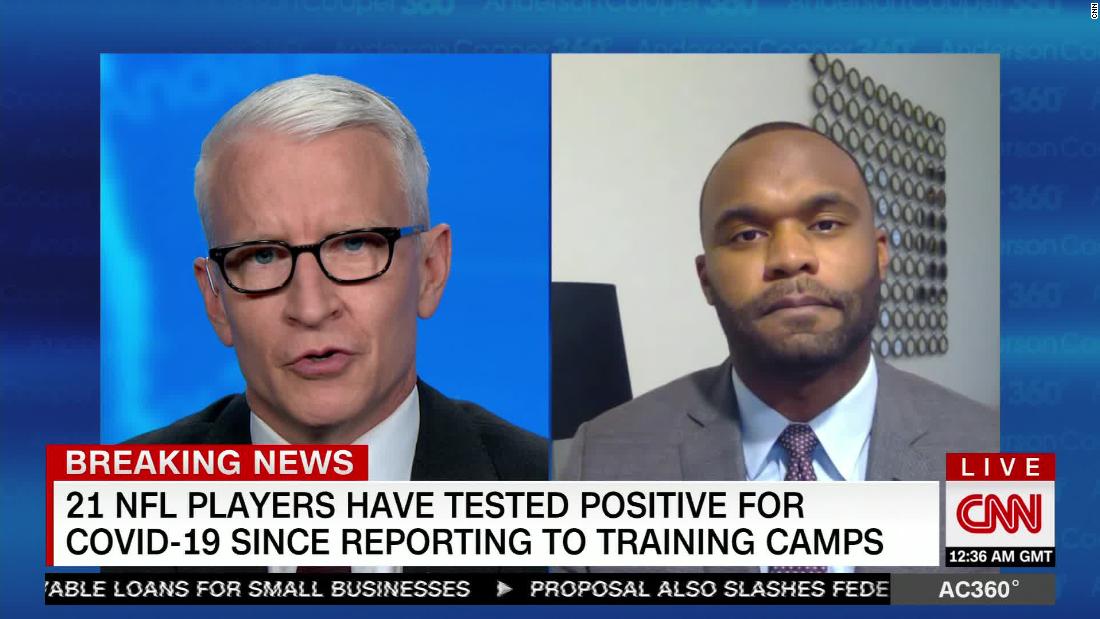 Sports teams and athletes have been grappling with how to safely start their seasons during a pandemic that has infected more than 4.3 million and killed nearly 150,000 nationwide. Rolle suggests that the sport either postpone or cancel the season to allow health professionals and officials to get a handle on the situation before people start playing in or going to games again.

“I do not think it’s safe to return right now,” Rolle said. “I think the NFL should delay the sport or cancel it this year to allow the wonderful women and men on the front lines to really get ahead of this pandemic and make it safe for everyone to come back to the sport.”

Rolle acknowledged that football is part of the fabric of the US and plays an important role in communities. “If the NFL wants to be part of the community, I think it needs to be responsible and think about what is actually happening in the community right now. A pandemic happening and infection rates going up and hospitalizations occurring, PPE at high demand.”

He told CNN he wants to see the league “be a leader at the forefront and put the players’ safety and their families’ safety as a premium.”

In order to safely return to football, Rolle said, cases of Covid would need to see a dramatic decrease in the country. He noted that while some states seem to have gotten a grip on the virus, others are still seen as hotspots. And that doesn’t make for a safe return to the season, especially when players are forced to be in close quarters as part of their daily practice and games.

“When you have states that are hot beds and players coming from these places, I think it’s very difficult to sort of say, ‘I want to social distance,’ in a sport that’s inherently close,” Rolle explained. There is a “need to be cohesive in the locker room and in the huddle and walk-throughs close together. It’s very difficult,” he added.

He also said that the nature of the game is close contact, which means trouble when sports with less contact, such as baseball, have already exhibited how quickly the virus can spread.

“It’s actually encouraged to be physical. It’s encouraged to have hand fighting at the line of scrimmage to tackle a player,” Rolle explained. “And as a football player, if you’re thinking about trying to keep yourself safe in the midst of a game that inches matter, one step too slow, one step too late, that’s the touchdown. That’s a win versus a loss.”

“Those players have a lot of pressure on them already, and add on the extra burden of thinking they will be safe and transmit this virus back to the families and loved ones,” he said.

Tags:A doctor and former football player warns it's not safe for the NFL to start the season - CNNus